#SciComm for the Public Good! 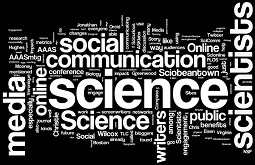 Science communication is defined by the aptly named journal, Scientific Communication, as “…the nature of expertise, the diffusion of knowledge, and the communication of science and technology among professionals and to the public.”

As one who works in the field of science, I believe I have an obligation to communicate not only my work to the public, but all research, technology, engineering, art, and math (#STREAM). Something the creators of @RealScientists Twitter account —  “Real science from real scientists, writers, communicators, artists & clinicians” — also believe to be important. @RealScientists invites different scientists to talk about their work for one week via its Twitter account, which currently has close to 33,ooo followers. I was fortunate enough to be asked to curate the account last week to discuss the field of resuscitation science, and it was an amazing experience full of very engaged and gracious followers who allowed me the opportunity to educate the masses on the importance of cardiopulmonary resuscitation (CPR) and automated external defibrillation (AED) for sudden cardiac arrest — a #scicomm resuscitation geek’s dream come true!

Unfortunately though, there is always tension between communicating science to the public and communicating science to the choir (i.e., other academics). When I tweeted about the importance of communicating research to the general public, a follower rightly stated that spreading that information to the masses won’t help one’s career. My immediate reaction was, “well, it depends on what you mean by helping your career.” To which he replied, “Popular science in any quantity or of any quality means nil or less when climbing the academic ladder.” To which I can only say #truth. It is a sad but true fact of academia, and it is at a moment like this that I question said academic ladder.

This past week curating @RealScientists also had some of my colleagues commenting, more than once, about the amount of time it was taking me to curate the account — time I could have rightfully spent on any number of academic endeavors, including writing grants and manuscripts, working on course syllabi, and, of course, actually performing research. But when I think about why I do the work that I do, and how I spent that week — communicating the importance of CPR and how to save a life to a potential 33K people, many of whom were learning this information for the first time — it seemed like time well spent. And, if even one life is saved because of that, well then it was worth it!

But life and death aside, communicating science is of the utmost importance on a basic, fundamental level. A recent study from the Pew Research Center found that most Americans can answer basic science questions, but go beyond the basic, and most are stumped, with the percentage of correctly answered science-related questions falling rapidly. That is why I would encourage all scientists to think about the benefits of taking time to communicate their work not just at scientific conferences and to others in the scientific community, but to the public at large. And, with the growing popularity of social media —  close to 3 out of 4 Americans use Facebook and at least 1 out of 4 use another social media platform such as Instagram, Pintreset, Twitter, or LinkedIn — there are ever increasing opportunities for scientists to do just that.

Numerous Twitter accounts, similar to @RealScientists, are set up to help scientists talk about and disseminate their work. There are a plethora of Facebook communities, pages, and groups — my favorite, “I F***ing Love Science,” has close to 25 million Likes. And of course, there are bountiful science boards on Pinterest and really great #sciart science accounts on Instagram! We are blessed in this age of social media, digital interaction, and mobile platforms, with copious amounts of accessible science!

I take a lot of time out of my academic life to do a variety of #scicomm activities. As I mentioned before, I feel it is my responsibility to disseminate the good word of science to everyone. Because, as Uncle Ben Parker said to Peter Parker (aka Spiderman): “With great power comes great responsibility.” As scientists we hold great power, and we indeed have a great responsibility to unlock that power and share it with the public. For my part, I am on the program committee of a local #scicomm event called Start Talking Science, our mission is to increase access to — and interest in — science. I host a podcast called STEAMrollrs, which features interviews with women who are paving the way in science, technology, engineering, art, and math (STEAM), discussing their work in a way that makes it accessible to the everyday listener. And, I write. I write blog posts for Huffington Post (like the one you are currently reading), and a local Philly site Geekadelphia: “…Philly’s premier geek blog, primarily covering passionate topics such as film, comics, literature, video games and technology with a local focus.”

Is all of this a lot of “extra” work? Yes! I spent weeks putting together a 17 (!!!) page document for @RealScientists full of pre-written tweets, resuscitation science statistics, images, GIFs, and links so that my week was not only informative and organized, but interesting. Because being a scientist isn’t just about doing the research, but communicating it back to the communities that benefit in an engaging, accessible, and easily-understandable way.

Academia is supposed to foster innovation, free-thinking, and novel, impactful ideas. But if all of that happens in the Ivory Tower, what’s the point? And if academics don’t feel like they can spend time disseminating their work to the people who need to hear it most, then academia is doing a huge disservice to the community at large, and I would argue to the institute of academia in general.

I have never been a play by the rules kind of girl. I know that will not help my academic career or help me advance up the expected academic ladder. But I’m ok with that, because it helps me do other things, more important things in my opinion. It helps me to be innovative, communicate differently, and take every opportunity to increase access to life-saving work that some in the general public may not have access to otherwise. To which I say, “Academic ladder be damned!”