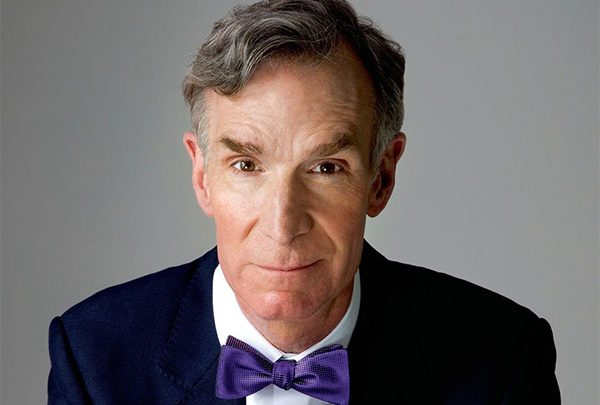 Bill Nye “The Science Guy” has simplified the complex world of chromosomes and terrestrial layers for students across America for decades. On April 21, Netflix introduced his triumphant return to the world of science education, “Bill Nye Saves the World.”

The catchy theme song of his original ‘90s show is no more, but the goal remains the same: to educate the average person about scientific issues and their impacts.

The show takes on controversial subjects like climate change and is not afraid to throw a few jabs at science naysayers.

This is the heart of the issue. Science always emphasized facts collected from the completion of a meticulous method; but, in an era of fake news, there is a disconnect between the science and the public perception of the science.

During his campaign, President Donald Trump made a promise to invest in “institutional research” and a “viable space program.”

On Earth Day, he also renewed his commitment to environmental sustainability. According to a White House Press release, “rigorous science will be critical” to both economic and environmental success.

However, some of Trump’s proposed policies do not align with his previously stated goals. In fiscal year 2018, the Environmental Protection Agency is set to lose 31.4 percent of its budget, and the National Oceanic and Atmospheric Administration, which conducts research and educates Americans about ecosystems, will be facing a $250 million cut, according to CNN.

Additionally, Congress passed the Honest and Open New EPA Science Treatment Act, which requires the EPA to only release statements sourced from publicly available data. The law is meant to further legitimize agency reports, but the opposition views it as another attempt to prevent the EPA from sharing its conclusions.

Many responses are from members of a Twitter community called #scicomm, a segment of Twitter full of researchers, academics and science enthusiasts who debate issues and call for the government to support the communication of scientific ideas.

Nye is a #scicomm ally, and his new series exemplifies the community’s goals.

His appearance at April 22’s March for Science in D.C. and his  choice to stream “Bill Nye Saves the World” on Netflix, which closed out 2016 with 93.8 million subscribers, shows that Nye is not above the politics that can get legislation passed.

“I like to remind everybody science is political,” Nye told CBC Radio. “This idea that scientists are above the fray, they’re neutral and so on, is not the whole story.”

Clearly, his strategy is working. As of Sunday April 30, a Google News search for “Bill Nye” returns 867,000 results from this past week alone.

Though the show does rely heavily on star power and laugh-tracks, its goal is to captivate the audience through entertainment and educate them with pertinent information on clean energy along the way.

Given Nye’s popularity with millennials and his ability to distill complicated information into palatable soundbites, he may be able to bridge the divide between what science actually accomplishes and what the public thinks it does.

This article was originally posted on mediafiledc.com.