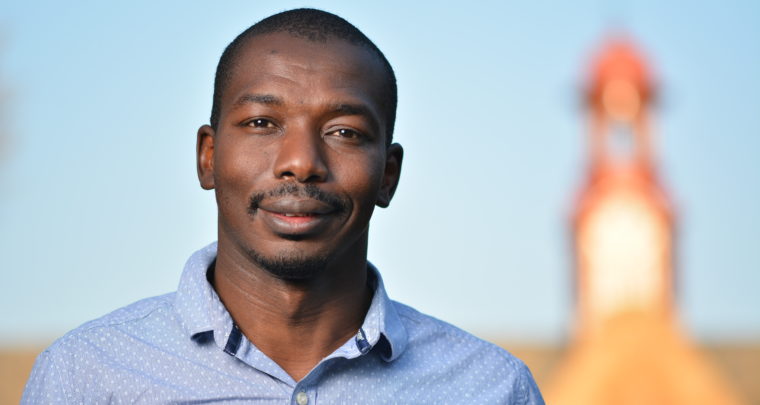 Dr  Yusuf Abdullahi Ahmed , was  in the first cohort of TCC trainees  we  supported in December 2006. By then he was an early career researcher  and  was working on his PhD and  we are  excited  that he won the Humboldt Alumni Award in 2019

My research revolves around understanding how social cohesion is maintained in societies especially those of eusocial insects. I look at evolutionary histories, trends, similarities and differences in these among different model systems which include ants, bees and termites. I also work in the realm of conserving beneficial insects and looking for alternatives to the use of conventional chemical insecticides through exploring chemicals use in communication between insects.

This is a tricky one, because at the time I undertook the training I was just starting my career in academia and science. As I only had few publications which came from my Masters then. During the training I got exposed to many aspects of scientific communication especially the don’ts which helped a lot. I remember then we were asked to bring along a draft manuscript for hands on practice.

As mentioned from my previous response, the training came in handy at the start of my scientific journey. We took the training as part of our induction as PhD scholars at the International Centre of Insect Physiology and Ecology (icipe). It touched on most (if not all) aspects of scientific communication from delivering talks, through to proposal writing and publication which are key in the career of any researcher.

I have 34 publications to my credit at the moment. Most of which are with collaborators and students. Of these 9 were as the first author including a contribution to a book chapter.

This is also one question that I am not sure how to answer it in respect to TCC training directly. This award was made based on a networking initiative proposal which I wrote. Usually it is open to all Humboldt alumni and the best proposals are selected for the award.

Perhaps the uniqueness of the networking I proposed which was not your traditional networking thing. It links to two regional professional bodies and target young researchers. Also I would say the topic and focus which is on the alarming loss of insect biodiversity we are experiencing.

Like for many awards is to see to the success of the initiative and to look further on how to bring forth more innovative ideas and mentoring opportunities to younger researchers.

Thinking if have footsteps already (smiling) because I see that I also have a long way and steps ahead. I would say one has to be focused, resolute, perseverance and have the ability to try new things and not to listen to outside or inner forces that seek to discourage one. Having said that, one should always think there is/are better ways of doing what one is doing. DO NOT always think yours is the right and ONLY way. Listen to others and seek for opinions/views. Take corrections and not be offended by them.