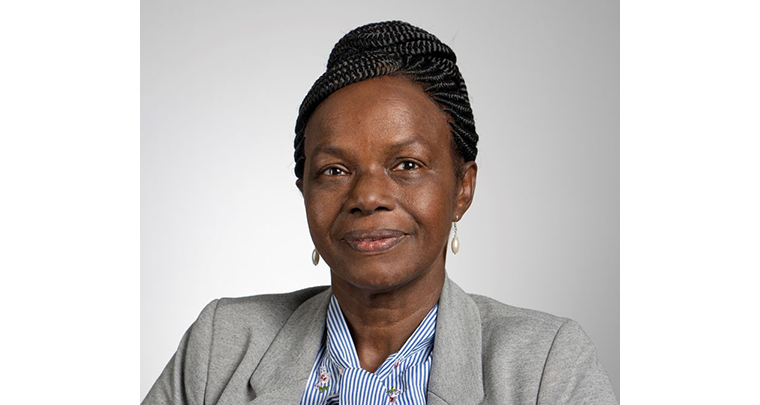 Celebrating 2019 Training Centre in Communication trainee Dr Esther Kioko, a Senior research scientist and the head of the Zoology Department at National Museums of Kenya. Dr Kioko won the 2019 Marsh Award for Ecologists in Africa. This award is provided by the Marsh Christian Trust and administered by the British Ecological Society. She was awarded for an outstanding current research record, largely completed in Africa, which is having a significant impact on the development of the science of ecology or its application.

Esther is currently leading a regional project that aims to assess Lepidoptera(butterfly & moths) pollinator diversity in East Africa, supported by the JRS Biodiversity Foundation. In this region the majority of crops rely on insect pollination, but there is a dearth of information on status and trends in African pollinator biodiversity.

Q1. What is your field of research?

Natural Science with a focus on Insect Science (Entomology)

Q2. What made you choose this field of research and why is it important?

I have loved insects from my childhood. As I grew up in a little village in Machakos, I had lots of wonderful time chasing after grasshoppers, butterflies and other insects that were so abundant. As I got into the world of science, I got to discover that insects are the little things that rule the world! They do a lot for us though we rarely recognize their importance in our lives and our environment. Many a times when we think about them, we focus on the very small percentage consisting of pests and disease vectors and never appreciate the majority that pollinate our crops, that eat some pests that attack our crops, the many of them that are source of food (protein), honey and the many that give us direct income like the silkworms and honeybees. This field of research is important as it avails data on the good that insects do for the world. There is an enormous opportunity to share the information for people to appreciate insects and take steps to conserve them so that they continue serving us and the environment. For the few that are not so good for us (pests and vectors) ways of controlling them without harming the environment are explored.

Q3. Tell us more about the Marsh Award: This award is given through the British Ecological Society (BES).

Each year, BES awards prizes to recognize and celebrate the exceptional contributions of individuals to advancing ecology and communicating its importance for society. The Marsh Award for Ecologists in Africa is awarded for an outstanding current research record, largely completed in Africa, which is having a significant impact on the development of the science of ecology or its application. In 2019, distinguished ecologists whose work has benefited the scientific community and society BES recognised nine in general.

The winners were presented with their prizes during a ceremony held at the Society’s annual conference in December 2019, which brought together 1,200 ecologists from around 60 countries to discuss the latest advances in ecological research across the whole discipline. The event was held in Belfast, Northern Ireland.

Q4. What makes this award so important for researchers in biological sciences?

The Marsh Award for Ecologists in Africa first of all appreciates and celebrates the significant scientific achievements of African ecologists, acknowledging that they many a times, work under tough conditions with minimal resources. Secondly it raises their profile in the UK. The Award is used for a two week visit to the UK for the winner to make connections with UK ecologists and attend the BES Annual Meeting. This gives the winner a great exposure and a great opportunity to build networks for advancing their research career.

Q5. What challenges did you face in communicating your research?

As a research scientist, our target is to communicate our findings to fellow scientists through scientific publications in journals, presentations in scientific conferences and books. The major challenge is switching from that scientific mode to the ordinary level and communicating research findings to non-scientists in an efficient and effective style.

Q6. In May 2019 you took part in the TCC Course on Science Communication at the National Museums of Kenya, kindly share with us how this course has helped or supported you in improving ways in which you can communicate to non-scientists.

The course was useful in giving the key skills that enables one to present scientific information effectively to non-scientists. Since then, I have given some media presentations and presentations to local community groups with a lot of confidence.

Q7. Today is International Day for Women and Girls in Science, what do you think should be done to encourage more girls in STEM, particularly in your area of research?

Mentorship, various programs should be put in place to mentor girls in STEM in all stages of their school life and in their science career development.

Q8. What advice would you give to that young girl who wants to be a scientist?

Wanting to be a scientist is a good thing, there is a shortage of trained scientists in Africa. So do not just “want to be” but work at it from the earliest time, nature the interest, get mentors and just  stick to your dream till the end.