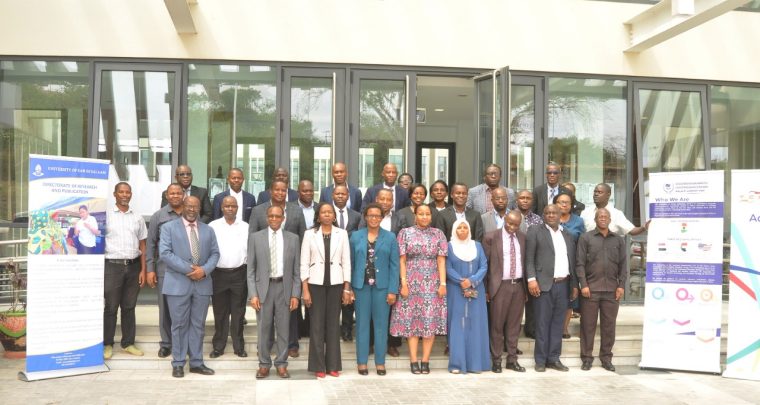 The Tanzania workshop is the first in a series of four free regional workshops advocating for the Adoption and Implementation of Open Science and Open Access practices in member institutions of the AAU, addressing barriers and challenges to this, with the desired outcome being engagement and buy-in by the academic community on the adoption of Open Science. 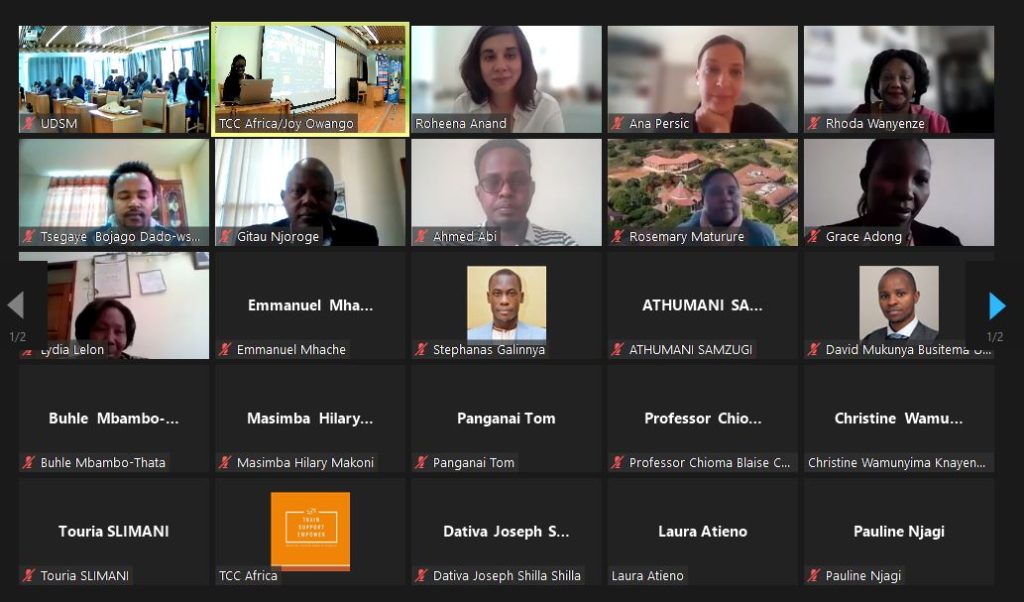 These regional workshops follow the initial meeting held in  April, which convened African higher education stakeholders across the continent to discuss open science and open access in their respective member academic communities.

UNESCO is a supporting partner in these workshops. The UNESCO Recommendation on Open Science provides a framework for implementation in each of the 193 member states that helped shape this. In the recommendation, Open Science is defined as a movement aiming to make science more open, accessible, efficient, democratic and transparent. The transition to Open Science allows scientific information, data and outputs to be more widely accessible (Open Access) and more reliably harnessed (Open Data) with the active engagement of all relevant stakeholders (Open to Society).

Prof Olusola, Secretary General, AAU says as the voice of higher education, AAU is committed to facilitating a favorable Higher Education policy developing environment, by providing a platform for discussions on emerging issues, especially in the areas that support the core functions of Higher Education Institutions (HEIs), give visibility to their contributions towards developing the continent and to build stronger collaborations. We are determined to promote African science and research and provide the enabling environment and elements for innovation to thrive on the continent.

“Higher Education Institution leaders need to actively be involved and engage in advocating for Open Science as it aids in the competitiveness of universities. Open Science further  increases efficiency and quality of research, allows for an expansion of innovation and escalates collaboration. We are excited to host this pertinent workshop as the University of Dar es Salaam is very committed to supporting her academic community and collaborators in adopting Open Science”, says Prof  Bernadeta  Killian, Deputy Vice-Chancellor – Research at University of  Dar es Salaam.

“As a research capacity Trust, it is essential for TCC Africa  to support  various  levels within a  higher education institution ecosystem and working  with  university  leadership through capacity  building  in raising awareness on  how Open Science can improve  the quality, quantity,  visibility and  impact of institutional  research, is part of  our contribution  to supporting the increase  of African  research,” says Joy Owango  the  Executive Director.

“PLOS is both a publisher and a mission-driven organization, and we are excited to collaborate with our partners to demonstrate the value of Open Science to the leadership of East and Central African institutions,” said Roheena Anand, Executive Director of Global Publishing Development, PLOS. “This is the first in a series of continental workshops, which dovetail perfectly with moving our mission forward globally while listening and learning locally.”

Founded in Rabat, Morocco on November 12, 1967, The Association of African Universities (AAU) is an NGO based in Accra, Ghana. The mission is “to enhance the quality and relevance of higher education in Africa and strengthen its contribution to Africa’s development”, while serving as the “voice of higher education” on the continent. With over 400 member institutions across Africa, AAU provides a forum for cooperation and exchange of information on higher education and research policies, creating spaces for research, reflection, consultation, debates, cooperation, and collaboration on issues pertaining to higher education

AAU possesses the unique capacity to convene higher education institutional leaders and policymakers from all parts of the continent on key issues related to African higher education and development. AAU provides leadership in the identification of emerging issues and support for debating them and facilitating appropriate follow-up action by its members, partners, and other stakeholders. Read more about AAU here

The Training Centre in Communication (TCC Africa) is the first African-based training center to teach effective communication skills to scientists. TCC Africa is an award winning  Trust, established as a non-profit entity in 2006 and is registered in Kenya.  TCC Africa provides  capacity support in improving researchers  output and visibility through training in  scholarly and science communication.

TCC Africa’s mission is to contribute to the increase in profile, locally, and internationally, of African science, and its impact on the life of Africans, by improving skills in technical communication in all forms, at academia and other relevant forums, in Africa.

Our objective is to train. support. empower. researchers through capacity in improving their research output and visibility.

PLOS is a nonprofit, open access publisher empowering researchers to accelerate progress in science and medicine by leading a transformation in research communication. Since our founding in 2001, PLOS journals have helped break boundaries in research communication to provide more opportunities, choices, and context for researchers and readers. For more information, visit http://www.plos.org.

The University of Dar es Salaam (UDSM) is a national and public university in Dar es Salaam and one of the premier higher learning institutions in Tanzania. It was established in 1961 as an affiliate college of the University of London. The university became an affiliate of the University of East Africa (UEA) in 1963, shortly after Tanzania gained its independence from the United Kingdom. In 1970, UEA split into three independent universities: Makerere University in Uganda, the University of Nairobi in Kenya, and the University of Dar es Salaam. UDSM was established with three main objectives, namely; to transmit knowledge as a basis of action from one generation to another; to act as a center for advancing frontiers of knowledge through scientific research; and to meet the high-level human resource needs of Tanzanian society. The Mission of UDSM is to advance the economic, social and technological development of Tanzania and beyond through excellent teaching and learning, research, and knowledge exchange. The Vision of UDSM 2061 is to become a leading center of intellectual wealth for spearheading the quest for sustainable and inclusive industrial development of Tanzania. Through its vision, the University aspires to become a research University by conducting interdisciplinary, multi/transdisciplinary high-quality research and internationally recognised innovative outputs and publications.