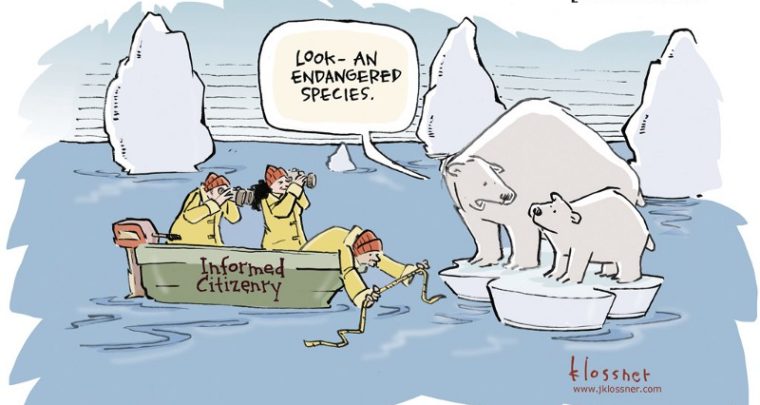 It wasn’t until my fourth year of research in undergrad that I had a strange thought: Am I no longer part of the “general public?” It was an exciting thought — it felt great to be part of some exclusive club in which some of the smartest people were members. My mind was consumed by my research, so much so that I found myself analyzing data and working overtime in the lab instead of studying for my last few classes I needed to graduate. I wish that I had expressed this feeling to the primary investigator of my lab, as I think he would have put things in perspective and deflated my ego.

Scientists often speak of the “general public” as a group that is far removed from the academic circles that they belong to. Maybe it’s a post-doctoral associate complaining that the media picked up a paper she published and is completely misconstruing the results. It could be the primary investigator, explaining to undergraduate researchers that lowering the nicotine content in cigarettes could help the public quit smoking. This term often comes up in political discussions — why won’t the general public listen to scientists instead of politicians who have little to no scientific background? My explanation? Scientists have “othered” the general public.

In reality, there is no such thing as the “general public” except for in very specific contexts (i.e. vaccine developers are not the general public vs those who do not develop vaccines when one is speaking about vaccine research). What some scientists seem to have forgotten is that each one of us is a member of the “general public” in infinite contexts. My undergraduate research was in behavioral neuroscience, studying the addictive properties of nicotine and other chemicals in cigarettes. Although I am now studying bacterial and viral pathogens in an effort to develop vaccines, my scientific knowledge is still incredibly limited. I am in the general public when it comes to: research on cancer, Alzheimer’s disease, nanoparticles, phylogenetics, predator-prey interactions, computers, space, business, marketing, economics, art, and everything other subject that I have not studied extensively.

There are two dangers in separating oneself from the general public.

One: the public begins to feel as though they are being put-down. If scientists do not consider each citizen capable of learning and understanding science, the general public will feel slighted and therefore won’t listen to scientists! It is easy to become condescending when you have elevated yourself to an elite level. Our current administration has seemingly made it one of its goals to deny and prohibit science (climate change, vaccine safety, etc), making it more important than ever to build trust between scientists and non-scientists.

Two: scientists who have elevated themselves to this genius-only status will begin to forget that they themselves are not experts in every field of science. This leads to misinformation as scientists who are not experts on a subject incorrectly explain science topics. One notorious offender is Neil DeGrasse Tyson. Within the last year, he has taken it upon himself to explain and refute topics in biology. Keep in mind that DeGrasse Tyson has no expertise and very little background in biology.

I’m still learning how to effectively teach science and make it exciting to my students, my friends and family, and my twitter followers. Staying humble and open to questions and criticism is the only way to improve.

It is not uncommon to see a thinkpiece stressing that all scientists must do outreach and teach science. I disagree. I think that scientists should only reach out to the “general public” if they are passionate about engaging the public and what is commonly referred to as “SciComm” (science communication). I believe that passionate scientists spending a few minutes each week to connect with non-scientists could recruit a whole new wave of curious minds, build trust between scientists and non-scientists, and combat this “post-truth” pattern of behavior we are seeing in the 21st century.

Scientists have the data to prove that climate change is real and that human activity has increased the rate at which it happens. Scientists have the data to prove that vaccines do not cause autism and never have. There are even scientists that have the ability to estimate crowd sizes at protests and presidential inaugurations. The only piece that is missing is the trust of the public that scientists know facts about the field they are an expert in better than non-expert TV stars and politicians. Scientists can engage the public not only to communicate their research, but also to encourage non-scientists to use the scientific method in everyday life to think logically, question everything, and to fact-check a news article, a tweet, or a press conference from our president. It is easy to feel frustrated in a time when the public seems to believe anything they see on Facebook while ignoring science. However, humility and the ability to find common ground with the “general public” is the only way we can change minds and get the truth out.