Home > Communication > The secret to good Communication? Alan Alda shares his wisdom on Relationships and Science

The secret to good Communication? Alan Alda shares his wisdom on Relationships and Science 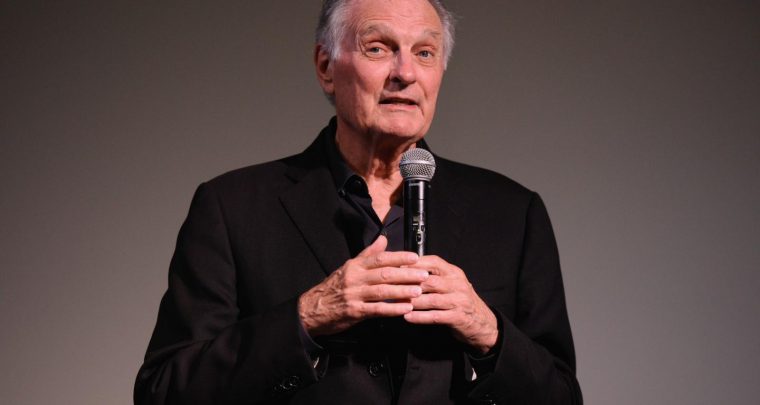 Several years ago, actor Alan Alda led about 20 engineering students at the University of Southern California in an improv session. The students gave short talks about their research and then spent three hours trying the same exercises that actors and comedians use to expand their improvisational skills, which allow them to work off one another and without scripts. They formed an imaginary jazz band, created invisible sculptures and practiced mirroring one another’s movements.

Their communication skills improved immediately. After the improv session, these previously stiff students now spoke with less jargon and more eye contact, and engaged their audience much better. “I had a vague, jumpy feeling that something important had happened,” Alda writes in his new book, If I Understood You, Would I Have This Look on My Face? (published by Random House).

That something turned out to be the Alan Alda Center for Communicating Science at Stony Brook University. Inspired by the dramatic transformation he saw among the engineering students, Alda has dedicated himself to the science of communication.

Five years ago, Alda, perhaps best known as Hawkeye Pierce from the long-running M*A*S*H, invited scientists to submit their best explanation of what flames are, whether in video or written form. Classrooms of 11-year-olds would vote for the best entries. Thus, the Flame Challenge was born. Every year since, students from around the world have submitted their questions for scientists to explain and decided winners. Since its inception, more than 100,000 students have participated as Flame Challenge judges.

Students across seven U.S. states and in Canada, Poland and Ireland judged the 140 entries for this year’s Flame Challenge question: What is energy? The three videos selected as finalists this year are included below. The winner will be announced on June 3 as part of the World Science Festival.

Alda spoke with Newsweek about the secrets to good communication, which, as he says, apply “from the boardroom to the bedroom.”

Much of your work focuses on science communication. What is the key to conveying scientific information?
Communicating science accurately is crucial. But one of the problems I see with science is that sometimes accuracy is prioritized at the expense of understanding. Using jargon or failing to explain something that may not be obvious to a nonexpert can lose an audience easily.

Also, and this goes for all communication, the person doing the speaking needs to pay attention to the audience, whether that’s one person or many.

Could you say more about that?
If we aren’t concerned with observing or imagining what a person is thinking or feeling when we are trying to communicate with them, then we are leaving them out. That approach objectifies the listener, making them the target of our information rather than the person or people we are sharing with.

Does this apply to even a simple conversation?
Yes. Every interaction we have with another person is some form of communication, even if it’s silent. Businesses, relationships, classrooms—all of these situations can be improved by listening. And by listening I mean that when you are speaking, you are doing more listening than the person you are speaking to.

Why is science so susceptible to poor communication?
Scientists are trained to leave the personal out of their communications. That works when professionals are speaking to one another. But facts alone aren’t enough to engage the public. People need to hear stories, and they need to have a sense of the human behind the work.

No field has more humanity than science. Researchers work against the odds, they stay up all night, sometimes they endanger their health, they imagine new explanations and experiments, and they do all this with very little money at their disposal. But this human side is often left out when scientists speak with the public because they’re used to communicating in a different way. Often times, we hear the details and then the conclusion when what we really need is to first understand why it matters and what the human story is. Science is usually not described as the great adventure that it is. Every experiment is an adventure, and every scientist’s life is an adventurous life. We need to hear more of that.

Do we communicate naturally as children and then lose the ability as we grow up, or does communication have to be learned?
We are social animals, and science tells us that our ability to communicate is one of our greatest advantages. We learn to communicate from one another, and we have a natural predilection for sharing information and connecting with one another. And yet we have to keep relearning how to communicate. We need booster shots. I’ve practiced techniques for relating to others and taught them to trained scientists for years now. But as tuned in as I have been to these tools and skills, I can still become better.

What is the most important thing someone can do to become a good communicator?
Pay attention.

Can a person practice communication on their own?
Sure. Not everyone can join an improv class and in the process of writing a book about communication, I wondered about a solitary exercise for improving empathy. So I started observing people more carefully. Wherever I was—at a restaurant, in the street, handing money to a cashier—I would wonder what the individual was going through, what they were thinking, what they were feeling. And I would focus on physical attributes, like their eye color or their clothing. So often we can speak with a person for several minutes and afterwards have no idea of what color clothing they were wearing.

It turns out that when we notice these small features about other people, we talk to them more fully. And we change in the process—our voice alters, the look in our eyes shifts—because our observations make the communication more intimate. And then the other person responds differently because of the greater attention being paid by the speaker.

What impedes communication in a relationship?
I think some of the same problems that plague science communication also plague us in our relationships. Assuming the other person is up to speed with what you’re saying or not taking into account what he or she is feeling or thinking as you speak—both of these get in the way.

In my book, I give the example of a husband looking at a pile of dishes in the sink at midnight after his wife has gone to bed. He knows he should wash the dishes, but does he? Odds are, if he uses a little empathy, he could push himself over the edge. If he just thinks to himself about what his wife will feel in the morning if she sees the dirty dishes in the sink, that could help overcome the reluctance to do what he knows he wants to do, which is take care of that task.

Does empathy make a person a good communicator?
Empathy is a tool, and like any tool it can be used to help or hinder. Propaganda uses empathy to make people do things that are not in their best interest.

How much does science communication matter in the current political climate?
The difference between facts and opinions needs to remain clear. When scientists discuss new discoveries, it’s a good idea to slip in a reminder that the conclusions are based on observations, evidence and peer review, not just opinions. The gulf between science and the public has grown so wide that people think supposing something is the same as conducting research.

Sometimes that gulf is reinforced by conflicting reports. One day, salt is good for you; the next day, it’s bad for you. To the public, those contradicting findings may appear as if scientists can’t make up their minds. People need to be reminded that every study brings us closer to understanding a truth, but no single study ever represents the final truth. Any answer is rarely, if ever, the final answer.

The discoveries made by Isaac Newton are still useful today. We reached the moon because of Newton’s way of looking at the universe. But Newton didn’t make discoveries that let us figure out how signals reach us from satellites; that was Einstein. Einstein’s work was an advance from Newton’s, but that doesn’t mean Newton is irrelevant. Scientists are comfortable with uncertainty, and the public needs to understand that comfort better.

Do you see your work on science communication to be connected to your work as an actor?
Yes. These two pursuits have made me very comfortable with uncertainty. The direction I’ve taken has been totally unplanned. Whatever interested me determined each next move. I go toward the smell of the flowers.

This article was originally posted on Newsweek.