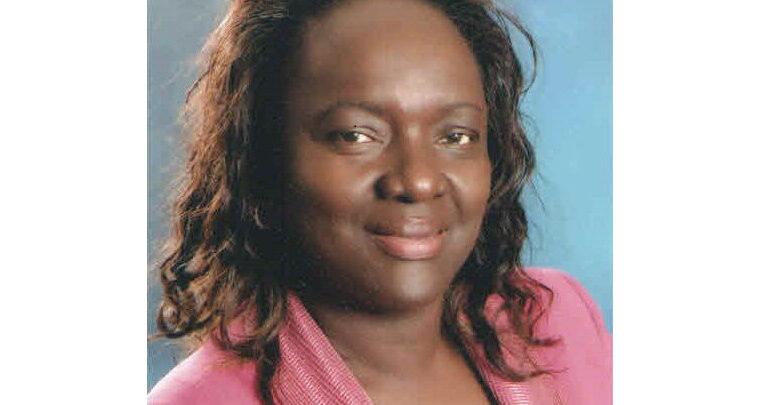 Prof. Sheila Okoth is a professor at the University of Nairobi and a former  TCC Africa 2011 trainee. She holds PhD and MSc. Degrees in Mycology from the University of Nairobi. She has specialist laboratory training in plant biotechnology and biosafety, mycotoxin analysis and molecular techniques at Stellenbosch University, South Africa, University of Hertfordshire, UK, the Institute of Sciences of Food Production (ISPA-CNR), Italy, and the International Agricultural Centre, Netherlands. She has more than 90 publications in refereed journals, published two books and edited two volumes of International Journal of Tropical and Subtropical Agro-ecosystems. Okoth is a Fellow of the Royal Society of Biology, UK; Fellow of the Kenya National Academy of Science; Fellow of African Women in Agricultural Research and Development. She is also the President of the African Society of Mycotoxicology and part of the Partnership for Aflatoxin Control in Africa (PACA). Her research interests are in food safety and fungi as bio control and biofertilisers agents.

TCC AFRICA: Did you choose to get into your current research area or was it by default?

It was by default. When I finished my undergraduate degree, I applied for a Master’s degree and I happened to get a German Academic Exchange Service( DAAD) scholarship that was being offered in Mycology for faculty development to the best students. My nature is to try and make the best of what is around me and despite not having a specialization in a specific aspect of Biology I got into Mycology and made the best of it.

TCC Africa: Was this in the University of Nairobi?

Yes, the German Academic Exchange Service (DAAD) offers scholarship to students and staff of the University of Nairobi where at the time I was a tutorial fellow. I also won the DAAD PhD scholarship and had specialist training abroad.

TCC Africa: Tell us more  about your  research career?

I developed an interest in this research area due to the aflatoxicosis outbreaks that were frequent in Kenya. The outbreaks were as a result of consumption of food contaminated with aflatoxins. I wanted to be part of the solution to the Aflatoxin problem in Kenya which have resulted to poisoning and death. Aflatoxins are Class 1 carcinogens produced by some fungi.

TCC Africa: The bulk of your highs was that you were able to win prestigious scholarships for your academic career. You also won a fellowship with the African Women in Agricultural Research and Development (AWARD), was the focus of this on food safety as well?

I was one of the eighty (80) founding fellows out of the 1800 applicants who received the  fellowship in the year 2008. The two-year fellowship entailed one year of mentoring and the second year of Advance Science training which was also competitive. Out of the 80 fellows, only 20 were placed in state-of-the-art laboratories for 3-9 months and I was one of them. I went to Stellenbosch University where I did research with the fungus that produces aflatoxins.

Yes. I also established the one of the two ISO accredited laboratories in the University at the College of Biological and Physical Sciences.

TCC Africa: You’ve got quite the series of highs and now you’ve been made a full professor which is very exciting as there is a high demand of women professors at the University of Nairobi. With some of the specialist training it means that with time you move from being an early career researcher to a mature researcher. What are some of the lows you have experienced during your career?

One of the things that frustrates not only me but other researchers is the lack of institutional infrastructural support. For example, in foreign countries you will find that a researcher at my level would have a post-doctoral attached to the lab they are working in and a reduced number of undergraduate teaching units so that they can focus postgraduates and research. The limited access of this in our systems makes our lives very stressful. As you progress hugher, you build networks and research collaboration, and you still have to carry along all the other tasks with you, and this can be very stressful and less productive.

TCC Africa: So what you are saying is that the administrative dynamics within African Universities makes it a bit challenging to focus more of your time in conducting research as compared to most universities in Europe?

Yes, and this is something that African Universities should consider.

Limited  time to write good proposals due to the work load and most importantly as a female researcher with a family there are many opportunities that are lost due to time and movement restrictions as compared to men. For example if one wins a fellowship that takes up to 3 years or more the female researcher may shy away and reach out for only short term training. Today, institutions have become more gender sensitive and have put structures in place to take care of this. But during our schooling time, women were developing their careers on unleveled ground – terms were more favourable for the boy child.

TCC Africa: What are some of the lessons learnt from these challenges ?

I have learnt to make the best out of my situation.

TCC Africa: So administrative dynamics need to be improved to create a further conducive environment for researchers within the university.

Yes, creating an enabling environment for the researchers by providing enough support, through the institutions, in terms of work load, procurement of research items. The latter is especially a nightmare.

TCC Africa: How have you supported early career researchers in their research life cycle?

I have supported young researchers actively by working as a mentor and science advisor for African Women in Agricultural Research and Development (AWARD) programme since 2012. I am better placed to support AWARD in their mentoring programme sinec as one of their successful alumni, I have experienced the highs and lows of research in African context.

TCC Africa: How have you supported early career researchers at the University of Nairobi?

I have supervised to completion to twenty-seven (27) MSc. and seven (7) PhD students who have graduated and currently am working with 10 PhD and 5 MSc. students. This is a real big number, but several of the PhD students are at the tail end of their degree. Thereafter, I will not take on board any other until I complete supervision of this set.

TCC Africa: How closely have you worked with TCC Africa whether as a trainee or supporter working indirectly with TCC Africa in supporting early career researchers understand the research life cycle and scholarly and science communication

TCC AFRICA: What are the lessons learnt from this kind of collaboration, using the analogy “it takes a village to take care of someone”, you are supporting your early career researchers and  called on a partner to also to support them.

It is very fulfilling to give out knowledge rather than retain and do nothing with it. Training Centre in Communication (TCC Africa) being placed at the university has made it accessible to the university staff and students. Accessibility is key to getting things done and reaching people. That is why research today goes beyond to the farmers instead of the farmers coming to us. That is something that makes TCC Africa stand out.

TCC Africa: In essence what you’re saying the lessons learnt is that as a Centre we’ve made some of these courses much more accessible for researchers than before, they now know that there is an option of more support beyond what is being provided by their supervisors and professors. It’s a whole joint support system in supporting their research life cycle.

TCC is also good at tailoring their courses after needs assessment. For example TCC’s introduction of a course on biostatistics was right in time,

TCC Africa: What do you think the future holds and what opportunities arise from the trends in your research lifecycle?

My future seems busy since my workload has doubled.

I have been co-opted into two  national level task forces to combat food safety issues in the country. This is more work, though, I agree, my expertise is required.

TCC Africa: What do you think the University of Nairobi’s contribution has been in this whole process in your research life cycle?

Of course, I have been doing all these under the umbrella of University of Nairobi. I guess on my own, as an individual, I wouldn’t go far. Recently I had a moment with the vice chancellor to brief him on my activities and contribution to the nation and I received goodwill and encouragement from him.

Thank you so much for your time and engaging with us in this interview.