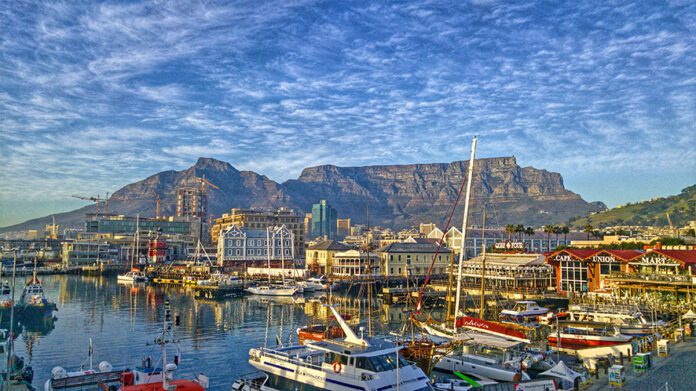 Cape Town, South Africa–President Cyril Ramaphosa officially opened the World Science Forum (WSF) on Tuesday, 6 December, at the Cape Town International Convention Centre. “Science for Social Justice expresses our conviction that inequality within and between countries is neither just nor sustainable”, he stated in his welcoming address, while expressing his hope that the event would spur concerted international action for science to combat and solve marginalization, poverty, environmental damage, and injustice.

The World Science Forum (WSF) is a biennial event that brings together scientists, policymakers, and other stakeholders from around the world to discuss the role of science in society and to promote the use of science for the common good. The 2022 edition of the World Science Forum was held at Cape Town, South Africa, from December 6-9 with a focus on the theme of “Science for Social Justice.”

One of the key objectives of the World Science Forum 2022 was to explore ways in which science can be more inclusive and responsive to the needs of different societies. This includes promoting diversity and inclusion in the scientific community, and ensuring that science is accessible and relevant to all members of society. In addition to the main program, the event featured the participation of renowned scientists and experts in a range of side events and activities such as exhibitions, interactive workshops, and networking opportunities for attendees with other participants.

Dr. Ezra Clark of UNESCO and Ms. Joy Owango of Training Centre in Communication (TCC Africa), moderated the discussions on UNESCO’s Open Science Day and Science Granting Councils Initiatives’ Annual Forum, which included presentations from other organizations and a roundtable discussion with experts. Speaking on ‘Open Science African Perspectives through Strategic Partnerships and Its Impact on Democratizing Knowledge’, Ms. Joy Owango, mentioned collaborations the organization has established with the Public Library of Science (PLOS), the Association of African Universities (AAU), and the East African Commission of Science (EASTECO). Additionally, she discussed the interventions by TCC Africa and these partners to advance institutional and regional policy dialogue on open science in Africa. The Open Science Day, was aimed at taking stock of the progress made in supporting the implementation of the UNESCO Recommendation on Open Science, and to share lessons learned and practical approaches on open science from across the world. 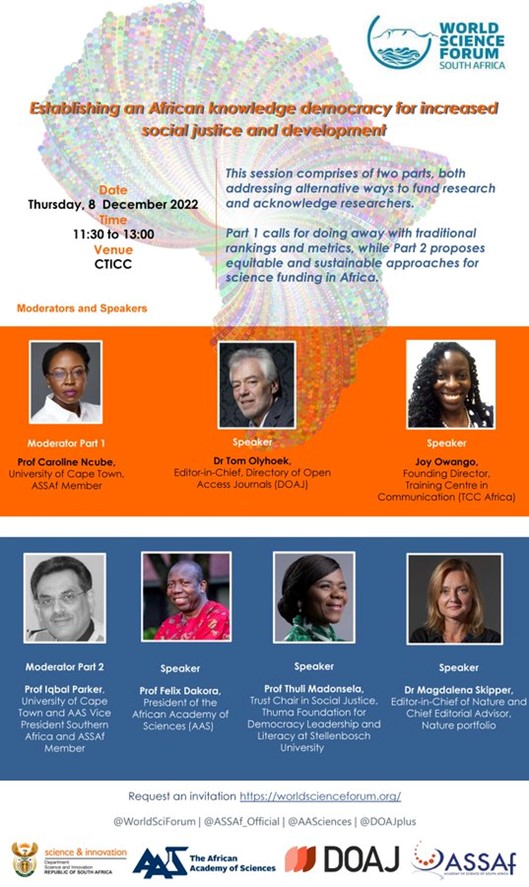 Ms. Joy Owango was also part of the delegation representing the Organization for Women in Science for the Developing World (OWSD) advocating for the role of women scientist for social justice and progress in Africa under the thematic session titled: Getting Women into Academies and Scientific Leadership: Mentoring Works”. She trained on Introduction to Scholarly Communication and Research Visibility for African Academics.

Following an invitation by long-standing strategic partners, Digital Science, Ms. Owango also talked about how TCC Africa is collaborating with Dimensions to index content created by African higher education stakeholders. This invitation was also a chance to reflect on the role the partnership has played towards redressing the deficit in visibility of African research outputs. 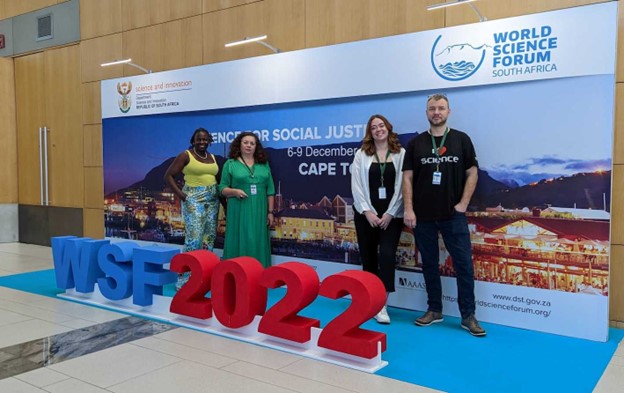 You can access the talk through the link here: https://doi.org/10.21428/3b2160cd.27e4262a cite as Owango, J. (2022). Open Science African Perspectives Through Strategic Partnerships & Its Impact on Democratizing Knowledge.

The United Nations Educational, Scientific and Cultural Organization is a specialised agency of the United Nations (UN) aimed at promoting world peace and security through international cooperation in education, arts, sciences and culture. It has 193 member states and 12 associate members, as well as partners in the non-governmental, intergovernmental and private sector.

About the Association for African Universities (AAU)

The Association of African Universities (AAU) is an NGO based in Accra, Ghana. While serving as the “voice of higher education” on the continent. With over 400 member institutions across Africa, AAU provides a forum for cooperation and exchange of information on higher education and research policies, creating spaces for research, reflection, consultation, debates, co-operation, and collaboration on issues pertaining to higher education.

ASSAf is the official national Academy of Science of South Africa and represents the country in the international community of science academies. Since its inception, ASSAf has grown from a small, emergent organization to a well-established academy.

The Organization for Women in Science for the Developing World (OWSD) is an international organization founded in 1987 and based at the offices of The World Academy of Sciences (TWAS), in Trieste, Italy. It is a programme unit of UNESCO.

About the Public Library of Science (PLOS)

About the Training Centre in Communication Africa (TCC Africa)

The Training Centre in Communication (TCC Africa) is the first African-based training center to teach effective communication skills to scientists in Kenya. TCC Africa provides capacity support in improving researchers’ output and visibility through training in scholarly and science communication.