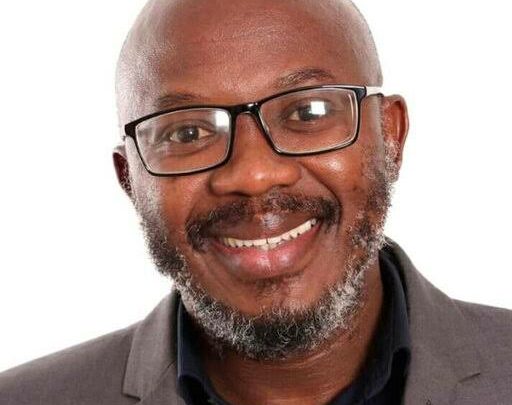 How the TCC Africa training made me a mentor for South African early career researchers.

Bongani Alphouse Nkala has a Doctor of Philosophy (Ph.D.) in Human Physiology from the University of KwaZulu-Natal and serves as the Internship Manager and Senior lecturer at Eduvos, formerly known as Pearson Institute of Higher Education, Midrand campus. Dr. Nkala is TCC Africa’s 2013 trainee.

TCC Africa: The last time we met was in Pretoria, South Africa, in 2013. Take us through what you have been doing since then.

We met back in 2013 during the Science Communication: Proposal Writing and Grants Management & Oral Communication Presentation and Networking training in the Innovation Hub in Pretoria. From 2014 to 2019, I was requested by the National Research Foundation (NRF) to train their interns in proposal writing, oral communication and networking. Included in the training were early career researchers pursuing their Honors, Master’s degrees, and Ph.D., which took about 72 hours every year.  I still have the certificate  I received  from the TCC Africa trained  and it is framed and  mounted on my office wall. The platform I got at the National Research Foundation (NRF) made me realize that I am passionate about teaching. After that experience, I pursued a Ph.D. in human physiology and  I am currently a lecturer at a private institute called Eduvos, formerly known as the Pearson Institute of Higher Education.

TCC Africa : So, from the training, you were called by the National Research Foundation (NRF) to train early-career researchers hence passing forward your experience.

Indeed, that was the case and it inspired me to be a lecturer continue supporting early career researchers.

TCC Africa: Tell us more about your research  and how you moved on to  teach.

My area of research is on African traditional medicine. Presently I am working as a full-time lecturer and an Internship Manager where I manage the relationship between industry and our students to ensure they get employment. The skills I learned from the training, particularly  on networking  are essential for anyone to succeed as an intern manager. It does not do any good to anyone to just sit in a room, but one should instead be able to engage and interact, and this is one of the things that I am applying in my research and work. This means  that what I apply  what I learned in 2013 in my daily work.

TCC Africa: That has been good to hear. What are some of the success stories and challenges you may have faced as an early career researcher?

I embarked on a Ph.D. which after three years did not almost materialize due to challenges I had with my supervisor, our vision did not align, and I had to deregister. I then got a scholarship funded by NRF, where I had to complete the degree or pay back the money, which prompted me to choose to undertake a Ph.D. I approached some universities to get accommodated and find supervisors with money because the program could not fund them twice.

I did my Ph.D. from 2017 to 2020, within three years, but I was part-time student, so I ended up struggling with my studies. In order to manage the situation I had to get a new supervisor and improve on my project and time management so I could finish on time.

Also, when I first joined the organization in 2014, there were only three companies in our database but fast forward to where we are now, I have managed to network and get our database to about 45 companies that can accommodate our students. I am no longer the guy who sits at the back of the room but instead I am more  aggressive in networking.

TCC Africa: What did you learn from the challenge when you realized that you had a disconnect with your supervisor and now had to look for another university and supervisor aggressively?

I learned that co-working relationships must be managed. Before we embark on a project, we need to have clear communication, know who is involved in what. I firmly believe that a Ph.D. candidate has full responsibility for their research. So, the takeaway from the challenge of co-working with my first supervisor, which I implemented with the other supervisors, was to oversee my work and present my terms and conditions. I would forward my expectations and state the support that I would need from them and agree on a turnaround strategy i.e., if I submit a document or paper for review, we will agree on a seven-day turnaround time that was to be maintained throughout. And I learned  that it is important to identify a young and hungry supervisor that will take your career forward. If you approach old supervisors, some of them may have other commitments, and it might take you longer. A Ph.D. is approached in a timeframe, and I had three years to complete mine, so I needed to identify the key objectives, and I did this every day until I submitted my thesis.

TCC Africa: What does the future hold for you?

Before I respond to your question, I would also like to point out that the terms and conditions were put in a contract and signed between the two supervisors and myself because the degree was clear on its deliverables in three years. This is a step I think most universities can adapt to, seeing that there are many stresses and depression associated with these degrees.

I would love to venture into public universities in the future because I am in a private university. I would be able to focus on my research because I strongly believe in African traditional medicine since that is where our solutions are based. You have seen what has happened with COVID-19 and the attempts done by other countries to utilize what we have in our country. I would like to venture into that, be a supervisor based on the experience I have gathered, and trainer or facilitator with the public sector.

TCC Africa: What is your take-home message for any early career researcher?

I believe that one should identify skills they are not good at and get training on them. Certain vital things might not be taught in the university, such as communication. One of the most important things I learned from the training at the Training Centre in Communication (TCC) is that most scientists write documentation or present papers in conferences that the layman may not understand. It is essential to communicate the message in a way that even the public can understand.

The other thing is that researchers must realize that they are the project managers; one must be clear on what they want to achieve within the set time frame and identify the resources available to achieve those.

It is also essential to have clear communication with people you are working with, such as your supervisors. This can be done by defining the ultimate goals you both need to achieve and finding ways to manage disagreements.

I have also learned other things along the way, for instance, that networking is everything. If I am a supervisor to someone, I need to build a relationship. It is my responsibility to make sure that the student achieves the degree deliverables within the given time and that their work is published.

Ultimately, the act of writing is a skill developed over time. There are several things I have learned in terms of writing which I carry forward to my students. For example, when I teach them how to write proposals, I will get different publications and go over different sections to see what makes a good or bad paper, the different writing styles, and how you communicate your message to the community.

TCC Africa: Thank you so much for making time for this interview and for sharing your experiences with us!