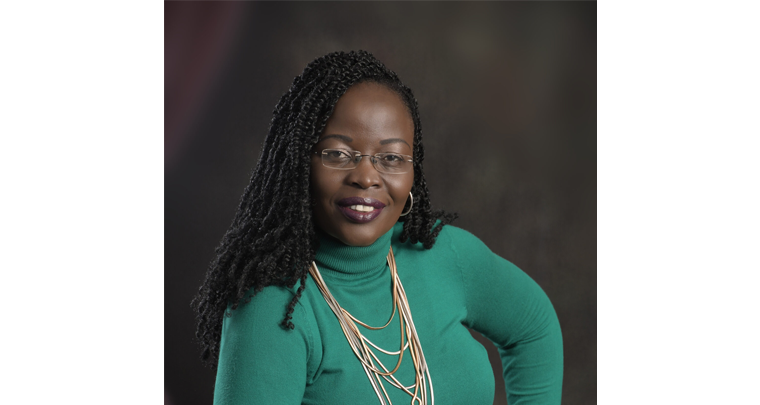 Dr. Alice Achieng’ Ojwang is a nutritionist and dietician, and a lecturer at the Technical University of Kenya. She completed her PhD at the NorthWest University and Master’s Program in Nutrition and Dietetics at the Stellenbosch University in South Africa. She founded the first dietetics center in Kenya, Xenihealth Nutrition and Weight Loss Management Clinic. Dietetics  is the branch of knowledge concerned with the diet and its effects on health, especially with the practical application of a scientific understanding of nutrition Dr. Ojwang’ is  TCC Africa’s 2008  trainee.

TCC Africa: Tell us about who you are and what your research area is about.

I get asked this question so many times and sometimes it’s not just about the name. “Who am I?” is a question about my worth and how far I’ve come so I am really proud to be talking to you about this. I remember attending a conference in 2008 and learning for the first time how to make scientific posters and this is just when I began attending conferences and participating in research. I also remember going to Uganda with TCC  Africa to do a poster session which gave me a lot of confidence . The personal support made an impact in my career.

I am a dietitian and nutritionist by profession. I have been working in the field of nutrition since 1998 when I graduated from Kenyatta University. So, for the first 10 to 15 years, I taught part time at various universities in Kenya as I practiced dietetics . I ran the first dietetics practice, I can proudly acknowledge and I have  mentored several nutrition and health professionals .When I came for the TCC Africa  training in 2008 ,I was running a center for nutrition education and research where I used to carry out seminars to educate nutritionists because I was privileged to be able to travel around the world and attend conferences but my colleagues were not, so every time I went for a conference I used to come and share information. From then I continued with my research while working in my practice and creating an impact in obesity and cardiovascular as well as worksite wellness, trying to really set standards for worksite wellness, what worksites need to do to keep people healthy and then also mentoring nutritionist so that we all speak the same language. We all know that nutrition is a risk factor for everybody. In 2013, I decided to join the university full time. I was privileged to be admitted to the Technical University of Kenya, Department of Human Nutrition and Dietetics and shortly after that I went to do my PhD in Northwest University, South Africa. My area of research is in Obesity and Metabolic Syndrome and it encompasses prevention, and management of lifestyle diseases. Aside from lecturing at the Technical University of Kenya, I am also a research coordinator for our department and I really want to help my colleagues publish.

TCC Africa: That has been an interesting journey. Tell us more about the first dietetics center that you set up, what prompted the necessity to have such a center in the country?

I set up the center in 2004 and I remember it was actually an MSc. assignment. I was doing my Masters at that time and I had to find out if our colleagues in nutrition and dietetics speak the same language. At the time I was learning how to manage chronic diseases, diabetes, hypertension and heart diseases among others and so I was reading a lot on nutrition information, prevention management and critical care as well. So, I draft a questionnaire and forwarded it to some of the nutritionists and when the results came out, we were not speaking the same language. People were recommending different things, and the professor asked what I was going to do about it. I decided to organize an intervention and investigate, which was supposed to be a onetime seminar to clarify the information on what was new in the management of these chronic conditions.  When I held this seminar, I expected 10 to 15 people and actually made 20 sandwiches just in case as I expected maybe 5 more and held it in a room upstairs where I used to have my office but I was shocked. The seminar ended up having 60 participants some who were professors from the universities and they were so happy such that I was motivated to make it a recurring event. So, every quarter, I used to have a nutrition seminar on a topic that people felt needed assessment and we would also share new information and material from conferences attended. At the seminars we used to have pre and post tests and you could see that people were actually learning. I had students from Tanzania, Rwanda, Uganda who would actually travel to come for the seminars. This went on for 10 years until about 2014, I got busy at the university and had to go do my PhD hence left some people in charge but unfortunately, they were not able to continue and so I decided to close the center and restart it when I come back. After finishing my PhD, I came back in 2019 December but then the March, 2020 Covid-19 lockdown happened and I could not immediately reopen. However, the idea is still in the pipeline and will probably be rejuvenated in the next year considering we can create virtual events instead.

TCC Africa: What have been the highs and lows of your research career?

I had two centers, the center for nutrition education and research through which I organized the nutrition seminars for dietitians and I had my clinic, which was my dietetic practice, Xenihealth Nutrition and Weight Loss Management Clinic. The practice was supported by Roche pharmaceuticals.

It initially started as an obesity center. I highly specialized in obesity and weight management. I saw individual patients referred by doctors and I worked with endocrinologists, cardiologists and referrals from Medical Health Insurance organizations. Then I went into worksite wellness. I used to mentor many students in the center. Every quarter I would have approximately six nutritionists that I’d train them and I can proudly say, there are so many dietetic practices in Kenya, some of them directly I have directly influenced. I’m very happy that it spread all over, in the major towns in Nairobi, you will find at least five dietetic practices and we are still encouraging them to build up.

I’ll be releasing a book soon on how to start your dietetic practice so that we can encourage more people to start their own.

TCC Africa: There a series of highs but take us through what the lowest point was during your career. Was it when you had to make the tough decision of shutting down your practice to go to school or was there a moment beyond that which came as a low point for you?

I think I was at the lowest when I had to shut down the practice and then coming to the realization that continuity is very important. Yes, I had left people in charge of the practice but did I actually have a good continuity plan? Then, I did not because when I left my practice, I had left some people in charge and we had very good contracts ongoing but five months into my PhD program, they said it was too much work and I had to make the very tough decision to close it. I then had to call and write to all my patients and the organizations I was working with to tell them what happened. I was stressed as this project was my baby, and was also an income source for me and my family and I was also a student. However, I am happy I made the decision.

TCC Africa: So basically, your biggest challenge was that you did not have a sustainable continuity plan for the XeniHealth Clinic?

TCC Africa: It’s a learning curve in business or even in research as you always to have a sustainable plan as well.

As a former TCC-Africa trainee, and having done a number of firsts, especially in dietetics and now that you’re also tenured at Technical University of Kenya and are the research coordinator. What is your next step in supporting early career researchers in your tenure position?

My next big step is to offer support. Back from my TCC Africa training, I have always been doing poster presentations and helping my immediate team in preparing for conferences but I would like to do that on a larger scale. So, when I rejuvenate Centre for Nutrition Education and Research (CENAR), which as mentioned is in the pipeline for next year, we are still going to help young career professionals on the basics of research and hold their hands through the research process and conference presentations. I used to mentor undergraduate nutritionists but would also like to work with my peers as well as mentor early career researchers and guide them in writing publications and proposals, applying for funds, conduct research and other areas where, with time I will work with TCC Africa to support the researchers.

TCC Africa: What is your parting shot? Because you went into waters that nobody had ever thought of and started your first dietetics practice in the country. It became a ripple effect and now we have at least five or six such clinics in each town in the country, people are a bit more conscious about obesity and wellness and now you are supporting early career researchers.

My parting shot ? I’m just beginning my career again. I went through different levels of training, and became comfortable thinking that I had made it but then I lost my practice, even though it was just temporary but now I’m back. I am more educated, I have more experience, I have better networks and so this is my second half of life and career and I’m going to create some impact on my work.

Thank you so much for the time and for sharing your story. We applaud the tenacity and wish you all the best!